Last week, the United States District Court for the District of New Hampshire denied a motion to compel arbitration filed by New York Life (and two related companies) in a lawsuit filed by Ketler Bossé, a former soliciting agent and district agent for the company. The case will now proceed in court, and the parties will soon begin discovery.

Mr. Bossé engaged Fojo Law, P.L.L.C. and filed a Complaint in January 2019, asserting various federal and state employment-related claims against New York Life, including claims for discrimination and retaliation under 42 U.S.C. § 1981, conspiracy to interfere with civil rights under 42 U.S.C. § 1985, and breach of contract under 42 U.S.C. § 1981, and various state law claims, including claims for breach of the covenant of good faith and fair dealing, fraud, wrongful termination, tortious interference with economic advantage, violation of New Hampshire’s Consumer Protection Act (RSA 358-A), breach of fiduciary duty, unjust enrichment, quantum meruit, conversion, defamation per quod, and defamation per se.

Mr. Bossé alleged that, despite excelling as an agent for New York Life and the many accolades he earned during his 14-year affiliation with the company, New York Life terminated him because he is black and then defamed him and appropriated his clients. He alleged he is owed over $14 million in lost commissions, residual commissions, override commissions, and other compensation and expenses. 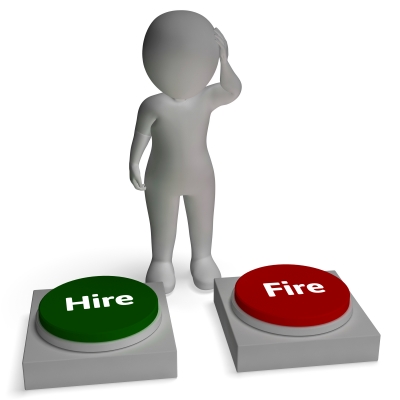 New York Life filed a motion to compel arbitration, arguing that, under an employment agreement Mr. Bossé signed in 2004 (which was then terminated in 2005), Mr. Bossé’s claims must be dismissed in favor of arbitration because, under the agreement, he is obligated to arbitrate all claims he might have against New York life before the Financial Industry Regulatory Authority (“FINRA”). New York Life also moved to dismiss Count III (conspiracy to interfere with Mr. Bossé’s civil rights) for failure to state a claim.

We filed an Objection and argued that the court should not be referred to arbitration because the facts and circumstances giving rise to this lawsuit occurred over 12 years after the agreement terminated, while Mr. Bossé was working as an independent contractor (not an employee) under two other agreements, neither of which contained an arbitration provision. We argued further that, even if the arbitration clause survived the 2004 agreement, it could not apply to Mr. Bossé’s claims because they are unrelated to the agreement and arose long after its termination.

After several months, the Court DENIED New York Life’s motion in a 23-page Order issued last week, on November 13, 2019.  The Court held a valid agreement to arbitrate did not exist (and denied New York Life’s request to dismiss Count III).

The Court rejected New York Life’s argument that the arbitration clause was so expansive that it covered Mr. Bossé’s claims, concluding “No reasonable person in either Bossé’s position or New York Life’s position would have understood the 2004 Partner’s Agreement arbitration provision (and survival provision) to require arbitration of any and all future claims of whatever nature or type, no matter how unrelated to the Partner’s Agreement, and no matter how distant in the future the claim arose.” The Court even adopted the analogy we offered in our objection: “For example, a reasonable person signing the Partner’s Agreement would hardly think that a slip and fall injury suffered by plaintiff on New York Life property 30 years in the future, and 25 years after any work or other relationship terminated, would be subject to arbitration under that particular clause.” The Court continued: “Defendants’ current position – that the Partner’s Agreement obligates the parties to arbitrate any and every dispute between them, no matter what it is and no matter when it arises – is unbounded to the point of absurdity.”

Indeed, the Court prevented such a result from occurring. This case will now proceed in court, not arbitration. The parties will soon hold a Rule 26(f) conference, prepare and submit a discovery plan to the Court, and begin discovery.

Mr. Bossé will have his day in court.